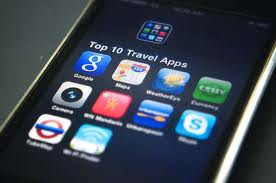 I travel a lot. I'm out of town at least once a month, for business or for pleasure. And as the mobile-phone guy, I'm never without a smartphone - whether it's my Nokia E72, the latest BlackBerry, a Google Android phone or an iPhone. 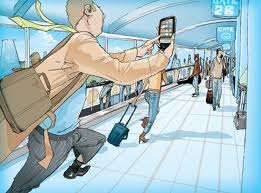 A modern phone is pretty close to the ultimate travel gadget, letting you tap into all sorts of useful information on the road. Here are 10 travel apps that I use regularly when I'm out of town. Feel free to add your other favorites to the comments below.

1. TripCase. I love TripIt, but Sabre's TripCase does a few awesome things TripIt doesn't do. TripCase gives you continually updated flight delay and gate status for your flights, and suggests alternate flights if you're about to miss yours. That said, it can be a bear to import more than just basic flights into TripCase; you often end up generating multiple duplicate itineraries and having to merge them. So I use both TripCase and TripIt. TripCase is available for BlackBerry, Windows Mobile and iPhone.
2. Kayak. There are many travel-booking apps, but Kayak is my pick for the simplest, smoothest, easiest, quickest and most complete. The app lets you search for flights, hotels, and car rentals using Kayak's reliable meta-search engine, which captures the fares both from travel agencies and from vendors' own sites. I used it most recently while standing on a rainy street in Philadelphia trying to nab my family a flight to Las Vegas. Kayak's apps are available for Android, BlackBerry and iPhone.
3. TripIt. There are a lot of "travel management" programs out there that help you keep track of things like flight confirmation numbers, hotel confirmation numbers and such. I prefer TripIt, because it's extremely good at parsing the confirmation emails you get from hotels and airlines. TripIt has apps for Android, BlackBerry and iPhone, and you can access your data from even the simplest phones by sending them to m.tripit.com. 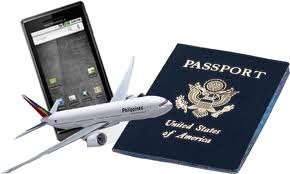 4. Yelp. I have spent too much time wandering the streets of New York looking for a burrito. Really, I have. Yelp is the king of the user-review sites - especially for restaurants in major American cities - and their mobile app is an excellent way to search for places to eat. The Yelp app is available for BlackBerry and iPhone, but other phone owners can just go to m.yelp.com with their browsers.
5. WeatherBug. There are lots of mobile weather apps, and some are better on some platforms than on others. WeatherBug delivers a solid experience across a range of OSes including Android, BlackBerry, iPhone, Windows Mobile and Nokia. Beyond basic weather, it does a few tricks like integrating with your contact list and letting you tap on maps to see how the weather is where you're going.
6. SitOrSquat. I have two daughters and one of them need to pee all the time! SitOrSquat is a crowd sourced bathroom locator that can take you a step beyond the old mainstay of hotel lobbies in most US cities. It's a pity it doesn't work nearly as well overseas, where I assume the "squat" part comes in handy. The app is available for BlackBerry and iPhone.
7. JiWire Wi-Fi Finder. If you travel internationally with an iPhone, you know you basically have to turn off cellular data, or when you get back to the States, you'll find your house mortgaged to AT&T. JiWire's WiFi Finder only exists as an app for iPhone, but iPhoners really need it; it tells you where the next little puddle of Wi-Fi will be for you to huddle in while you desperately transfer information from the Internet.
8. Priceline Hotel Negotiator. I have a real soft spot for Priceline - I wrote a book about them, after all. Their Hotel Negotiator app, available only on the iPhone, lets you book last-minute hotels at super-cheap rates up until 11 PM ET. Its slick, Shatner-laden interface certainly beats my attempts to bid on Priceline via a BlackBerry browser in Toronto a few years ago, which was pretty painful to do.
9. Google SMS. OK, stick with me for a moment. A lot of people don't have smartphones, or they're in places where their smartphones' data plans don't work. Relatively few people know that if you SMS some search terms to 46645 - that's "GOOGL" - you'll get Google search results back as a series of texts. A quick text for "Bagel near 11372" recently got me a nice warm breakfast on a cold street in Queens.
10. Airlines apps. Just about every airline has an app that, at minimum, lets you store your flight information. Some, like Southwest and American, let you book flights, check in, cancel reservations, and track your flight status. 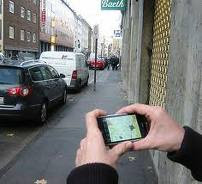 Posted by The Smart Traveler at 10:51 AM