One of the Apple iPad's best uses is going to be as travel companion: It's lighter than a laptop, more fun and intimate to use, and great for wasting time on a plane or train.
So it's no surprise that many of the first iPad apps are focused on travel, extending the huge collection of great travel apps for the iPhone.
These range from flight trackers to mapping apps to travel guides and references. Most are inexpensive or free. 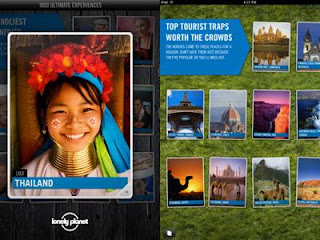 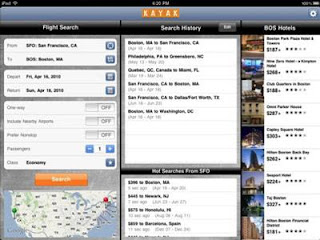 3. Loopt Pulse:
In a strange place and don't know what to do? Want to find something interesting to eat, drink, or do nearby? Loopt brings up real-time activity in Map or Photo view.
Free 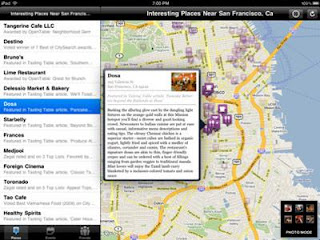 4. Flight Track:
This may be a little more intense than the casual flyer needs, but it's a nice (and visually appealing) way to track flights, stay on top of delays, gate changes, etc. This is a Universal app that will work on both the iPhone and iPad, so you only need to buy it once. $4.99 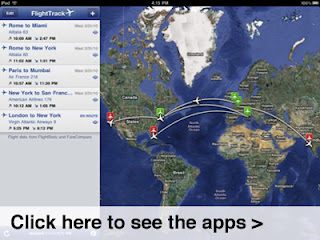 5. National Geographic World Atlas HD:
There probably isn't much utility to this app when you're on the road, but as far as getting excited about traveling, or coming up with random places to visit, we can't imagine a more inspirational map. Sure to take up hours of our lives with childlike wonder. $1.99 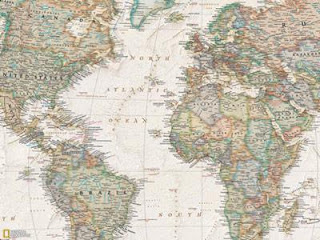 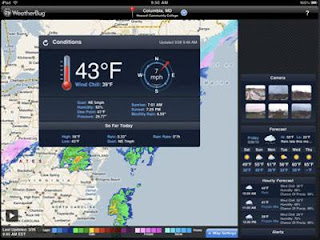 7. Street Map:
The iPad's built-in maps app is nice, but it doesn't work if you don't have a network signal. These offline street maps work anywhere, and are available for several cities, including Paris, New York, Buenos Aires, etc. $2.99 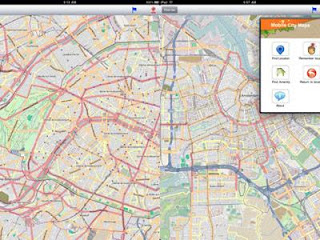 8. Tru Phone
The iPad isn't the best phone in the world. But a VoIP calling app like TruPhone could be much more convenient than dealing with international pay phones and calling cards, assuming you have access to a wi-fi hotspot. (You will need a set of earphones with a mic; the standard iPhone earbuds work fine.) Free; calls extra


Update: You can always use Skype. 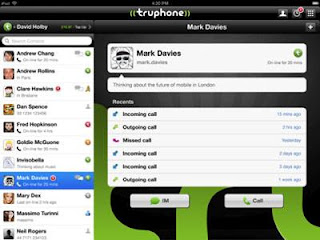 9. Brushes:
You're inevitably going to take photographs on your trip. But why not make a few paintings, too? Brushes is your virtual canvas, and it's good enough that illustrations made with it have graced several New Yorker covers. $9.99 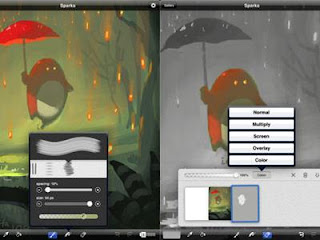 10. iBooks
Apple's iBooks e-book reader and iBookstore will open the doors to plenty of published travel content, ranging from travel guidebooks to foreign-language dictionaries to travelogues. Plus, you can use it to read novels or other books while you're traveling, so you don't have to lug those around. Free; books extra 11. Apple's Google Maps:
Apple's implementation of Google Maps is still the best in the world. And it's super helpful for traveling, with public transit directions in many cities. Tip: If you won't have Internet access where you're going, take screenshots of maps in advance. (Tap the "power" and "home" buttons at the same time.) Then you can look at them anytime. Free; built-in. 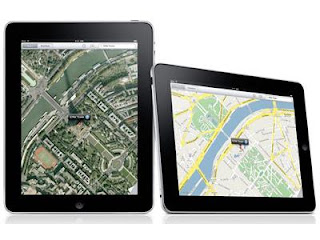 12. Netflix:
We actually LIKE watching obscure foreign TV shows when we're traveling. But maybe you want to settle in with a movie or TV show on your iPad. Beyond Apple's iTunes video store, Netflix's iPad app could also make that happen. Free; requires Netflix subscription 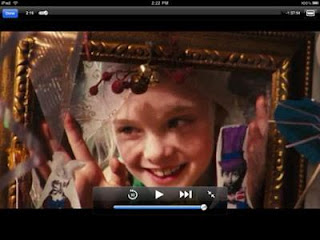 Posted by The Smart Traveler at 11:48 AM